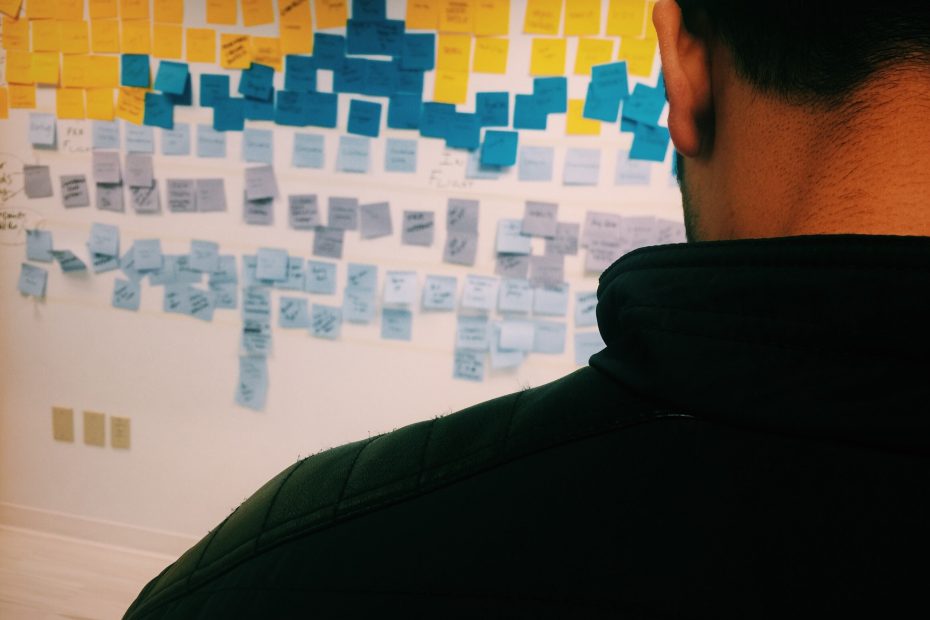 As the designer in the dev team, it’s perhaps a bit odd that I was the only one that was really keen on getting things right in Azure Devops or Jira – whichever platform was being used to manage the development backlog and to capture user stories.

Most of the developers I’ve worked with have been… less interested in adding an approproate amount of information to their tickets. They would opt for something close to ‘do the stuff’ as a description for the work to be carried out.

As a designer, the difficulty that I faced was when it came to estimating time.

A lot of research & design tasks are fairly organic in nature, they don’t always take the same time to complete.

Finding myself in yet another development team that was ‘agile’ but only terms of following the various scrum events, I decided to seek out some training to try and make things better.

In doing so I stumbled across the Professional Scrum with User Experience certification by Scrum.org – that looked even better that what I thought I was searching for!

The training fell a bit short

Sadly, the training itself was a bit crap. There were plenty of anecdotes from the trainer about the various successful projects she’d worked on over the years, plenty of pictures of her cycling in various races/locations, but not so much about applying UX within the Scrum framework.

It wasn’t a total loss though, I did get to spend about 12 hours on various teams calls with my UX team mates at VisitScotland – which was nice.

This time together also gave me the chance to keep on sharing my enthusiasm for the approach, and for us all to start thinking about how we might be able to apply some of the practices to more effect on our various projects.

I’m a bit of a collector of certifications – I like to learn new things.

Whilst I prefer being able to take my new learnings and apply them, I’m also OK if I get a badge or certificate that says ‘Paul knows a reasonable amount about this stuff’.

In this case, I pushed ahead with the certification despite hearing that it was quite difficult.

I had to do A LOT of reading up on the various aspects of the Scrum framework, as we’d only really glossed over them on the course. I also had to re-read a fair bit of Lean UX to cover off some of the theory in the approaches too.

Eventually I got so swamped in notes, website links and youtube videos that I just thought ‘f*ck it, let’s just do the test!’.

My efforts paid off and I was able to achieve my certificate – yay!

In the weeks that followed, I had a lot of negative thoughts.

It was now so much clearer to me just how un-agile so many things seemed to be.

It took some time, and a few productive conversations (mild ranting) about the various issues, to be able to start seeing small incremental steps that could be taken to make things better.

Finding the ways to make an impact

To really start to make use of what I’ve learnt, I’ve had to look at the smaller sphere that I have direct influecne over – my own work.

I’ve been able to start using the Lean UX Canvas in discussions with stakeholders about their content and their upcoming projects. That’s not really my speciality, but it has shown to be a really nice way to get them to think about the bigger picture. To consider their audience and their audiences needs, rather than being too focused on their own/organisational needs and goals.

My Jira ticket count has also soared as a result.

I’ve found that in considering more of my tasks to be Epics, I can add in the child User Stories and then sub-tasks to demonstrate just what’s involved in making a piece of research or design come to fruition.

The certification is one that I’m proud/happy to have achieved, but I’m more enthused by how I’ve been able to put it into practice. Some of it was new to me, and some of it wasn’t, but the studying process has refreshed my mind on the broader UX process and how that fits within agile development.

If you’re a researcher or designer working within a development team, I can say this course could be useful – but you’d also be able to get a lot of actionable information from Lean UX and the Scrum.org site too – you just don’t get a certificate out of them 😜